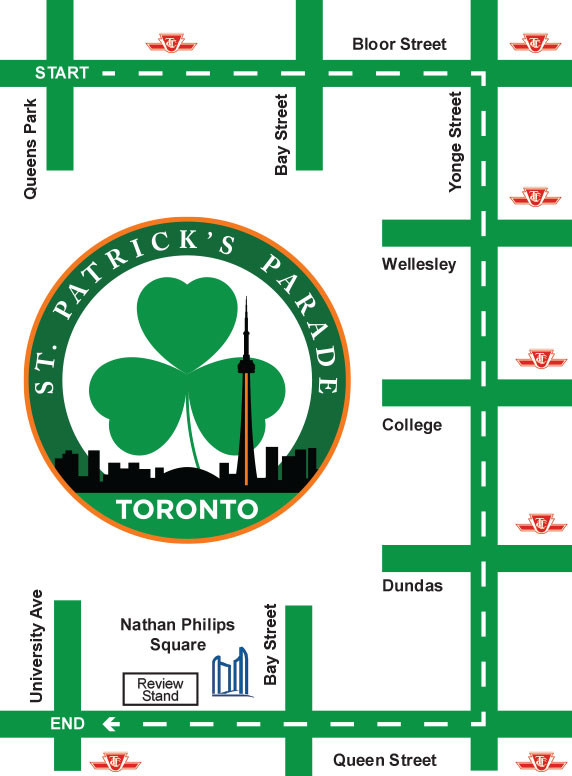 The parade starts at 12 noon and the line of march lasts one and a half hours at any given point along the route.

Access from the TTC subway can be made at the following stations: Museum, Bloor, Wellesley, College, Dundas and Queen.

We have a new start and staging area, due to a water main replacement on Bloor St from Bathurst to Queens Park. This construction has us moving east one major intersection to Queens Park. Our staging area will be from College St to Bloor St West in the 4 northbound lanes only.