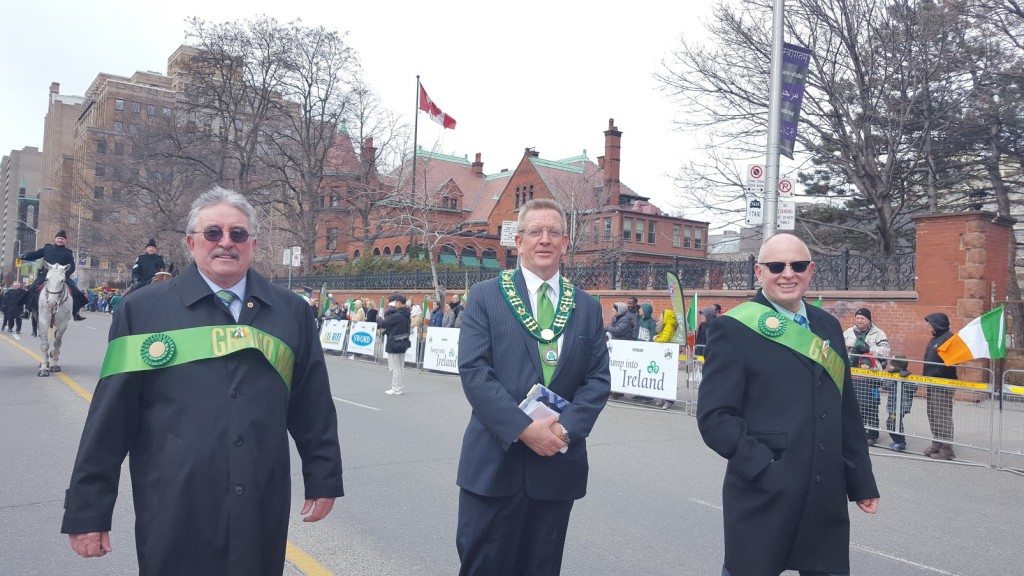 Thank You Letter from Chair

The Land of the Maple Leaf.

Now in its 29th. year the St. Patrick’s Day Parade was a resounding success with the theme of the parade celebrating the centenary 1916 and 2016 heritage and culture. The Irish President requested that the celebrations be open to all groups who wish to participate in the parade. The society in their wisdom 3 years ago put this plan in place to have a Peoples Parade, family orientated for 2016.

It took a year of planning to put the parade together and a dedicated team of people to put the show on the road. We planned , re-planned and planed again to make it happen, meeting with the police, emergency services and all the city event staff. Behind the scene’s we have a team of people assisting the overall organisation of the parade. To the countless volunteers the Police the city staff, the fire Department and the Toronto Paramedics we thank you.

To all who got involved regardless who you are we salute you for your community involvement, to the students who made the Lilly flowers, assembled the tricolour flags and poles and delivered the goodies on the parade route thank you. To our suppliers who worked around the clock to have our products in place on time and the Sponsors who supported the parade financially and gave the executive the backing we needed, thank you.

And last to The two men that led the parade in the downtown our Grand Marshals Pat Sheridan executive board member of LiUNA local 183 and Sid Ryan outgoing president of the OFL we are so proud of you both.