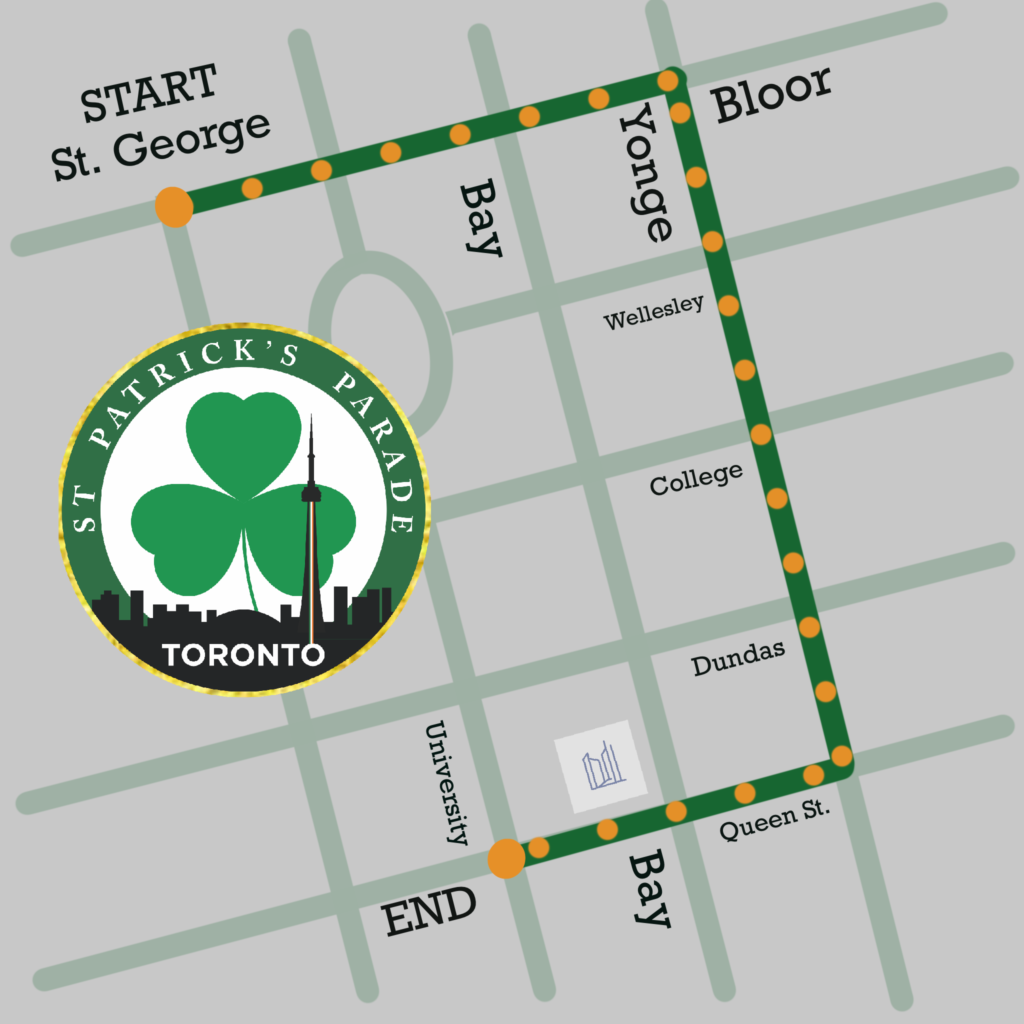 The parade starts at 12 noon and the line of march lasts one and a half hours at any given point along the route.

Our review stand will host live entertainment, local dignitaries and our 2022 Grand Marshal.

Access from the TTC subway can be made at the following stations: St. George, Museum, Bloor, Wellesley, College, Dundas and Queen.

The start and staging area is near St.George and Bloor St, near the St. George subway station. The staging area will open from 8 am.